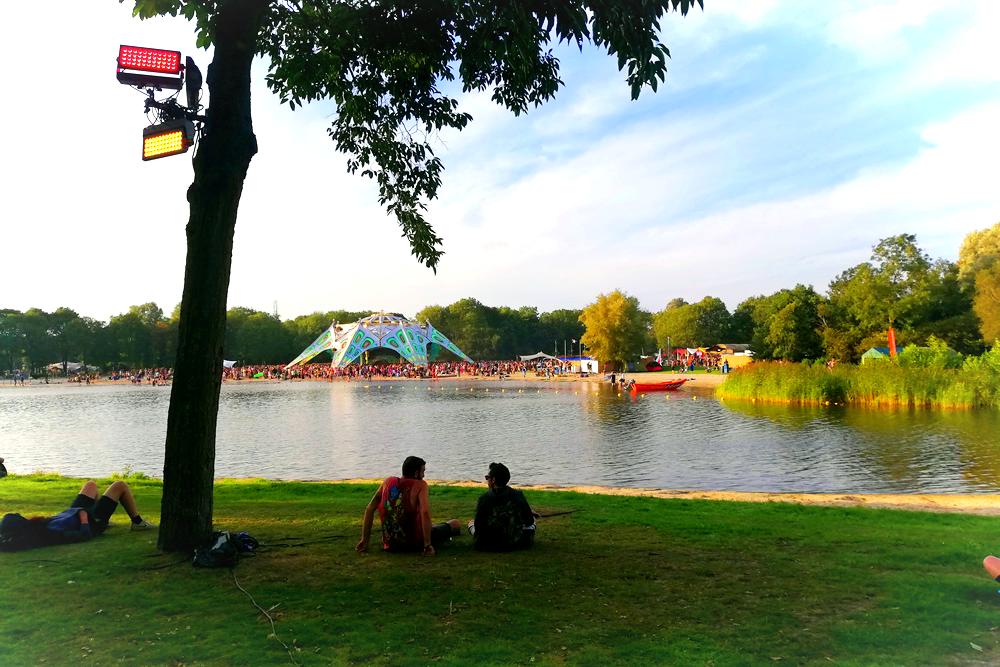 Psy Fi was an amazing experience for me and I’m going to relive it in order to share it. Are you ready for coming along to an adventure? You would like more background information first? Okay, here are some quick facts: Psy Fi is a psytrance festival in the Netherland that attracts around 15.000 people every year. That gathering is about music and art, obviously, but also about sustainability and personal growth.

No matter, if you seek a wild rave, a break from everyday life, connection to yourself and others or an opportunity to grow … Psy Fi as a festival is such a “multilayer experience” that it might serve all the individual needs of psy trance lovers.

My experience will give you some first-hand information about the festival. Additional I want to talk about how it showed me a way to emotional healing. You might ask why, isn’t that a really personal issue? Surely it is. On the other hand I consider it to be a universal story. To a certain degree emotional trauma happens to everyone at some point life, so why is it so uncommon to talk about it?
Now you know which kind of adventure is waiting. Let s dive right in.

Already a few hours after arriving at Psy Fi, I was sure that it would not be my last time. I had quickly found a nice place for my tent: A big lawn surrounded by forest. As soon as my base for the next few days was prepared, I strolled off to explore the festival ground. A few interconnected small lakes, grassland and forest – I loved the pure nature of Psy Fi. A hill surrounded by water got my favourite place for morning coffee: From here I could overview most of the festival area.

For swimming you could choose between a lot of different locations. Some next to the action of the floors, others more quiet for just relaxing. The sun burnt hot at some days; I really enjoyed to cool off regularly after dancing.

All in all I was amazed how clean the festival area and the camping grounds stayed. Psy Fi even distributed portable ash trays to everyone picking up their festival ribbon. Additionally single-use plastic items were banned from the entire event. Seems like the organizers of Psy Fi appreciate their nature as much as I do.

The main stage was my starting point. There was a little beach near by, so that the dancing crowd lasted until the water got to deep to dance. If you seek connection, the main stage is the place to be. It feels like becoming one with a huge energy field, because everyone is radiating huge amounts of it. Wow. Before I joined the crowd I just stood in awe right by the mass of people enjoying the music, mesmerized by the positive vibes.

When I got too tired to continue dancing, I decided to check out the Sacred Island. This place hosts the workshops, lectures and ceremonies of the festival. If you enter the island from the festival area, you will pass a big blackboard with the exact timetables of all the events. Here you can get a fast overview that is more detailed than online. Acro Yoga… fractals… psychedelic integration… I kept the most interesting events in mind and continued my journey to the second floor.

Welcome to the Freak Floor! If you like Forest, Hitech or Darkpsy, that´s your place to be. The atmosphere is especially amazing with the fluorescent visuals framed by a sky full of stars. Absorbed by the rhythm and the light show I lost every sense of time. I chose the right place for that, because the Freak Floor was running 24/7 – while the main floor would stop around midnight until the next morning.

Going Alone to a Festival

On my way to Psy Fi, I was a bit nervous about the fact that I’ve known no single person on that festival. It wasn’t my first solo festival, but every time again it cost me some effort – at least until I was in the middle of the experience. The vibe of the crowd was so warm and kind that I felt like being home really fast. All the joy and love around made me feel silly for ever worrying about going alone.

From the second day on, I just completely enjoyed my solo adventure. I realized that I could find people to hang out with easily, if I really wanted company. Mostly I preferred to be alone, because the experience was a lot to take in. At the same time I felt the opposite of alone. Connection to the tribe doesn’t need words.

During my exploring expedition I had some amazing encounters with human beings. I was astonished how much the people here cared for each other. They would instantly offer you some drinking water on the dance floor, if you would look alarming exhausted.

So many small gestures and conversations as a whole caused me to feel an intense thankfulness. To the organizers of the festival for creating such a special event without the aim to earn money.
To the inspiring people who shared their skills, wisdom and insight within the workshops and ceremonies. To the good-humored vendors, who sold delicious healthy (completely vegetarian) food and impressing handicraft.

Special thanks goes to the guy, who offered me as massage while I passed a hiking trail next to a lake. My first instinct was to refuse and to hurry away. But on second thought… why not? His vibe seemed to be peaceful. I decided to not assume anything about a hidden agenda. Since when had I been that trustful? – Since I attended a gathering of the tribe.

It turned out that the guy was a professional maser. His only intentions were to talk to people and give something back. After the massage we kept a deep conversation going: About good times and bad times; deeply honest for strangers talking. He told me that visiting psy trance festival had healed his fear of human being and unlocked his passion as an artist.

That triggered something inside of me. Thank you.

While the gathering was going on, I realized that there was one part in me that wanted to stay completely alone, even though I had already met some fascinating open-minded people.

Why was that? Actually I liked the idea of getting me some friends that loved psy trance as much as I do. But something like an inner pull was keeping me away from too much social interaction. It kept me in the observer perspective of all the humans around me.

The energy of the tribe was strong enough to raise my level of consciousness for a while. That allowed me to observe my own thought pattern with an outsider’s view. I recognized parts of my belief system about social interaction as “ill”. Why was that? Then it hit me! The answer was hidden in my past.

When I was younger, I always wished for a stronger protective barrier. Because I was always told that I shouldn’t be that sensitive. Desperately I wished to build stronger emotional walls around me. I wished to be less affected from other people and the outside world. I wished to avoid all that pain that comes with caring.
Having that intention in my mind for years did something to my social attitude. That something had a huge impact. At that specific time it didn’t seem to work at all, but with enough time it did. During the following years I forgot about my self-build prison and the connection to my primary intention.

The energy of the gathering was a healing and transformative experience for me. My journey had led me to some new self-realizations. Most important: Deep down there was still some anxiety and distrust of humans left from past trauma. But its dissolving was catalyzed by the union and acceptance I experienced here. Just by becoming conscious of that, I achieved a big step in overcoming it. Because observing it instead of being inside of it is the first step.

It helped to feel connected to my own species for once; that´s not self-evident for me. That new perspective reinforced my belief in the human capability to evolve; to evolve beyond their ego in order to create a more peaceful world. A world defined by the symbiosis of the earth and all its residents.

A bit of that Light of Consciousness accompanied me home. It took me some days to grasp the full range of my experience. I felt that I wasn’t suddenly completely healed from all the past isolation and emptiness. But a solid foundation for a further healing process was laid, such a relief.

A few years ago I would have never visited a festival with any kind of electronic music. Gladly, I changed. Not only Psy Fi, but psy trance festivals in general were a milestone in my personal quest to change in order to grow.

We are looking for passionate writers who love psytrance and showcase your love of psytrance to our community! Tribal Reunion was created by the community, for the community. Our team is made up of avid festival goers who live and breathe music festivals and we want you to be a part of it!