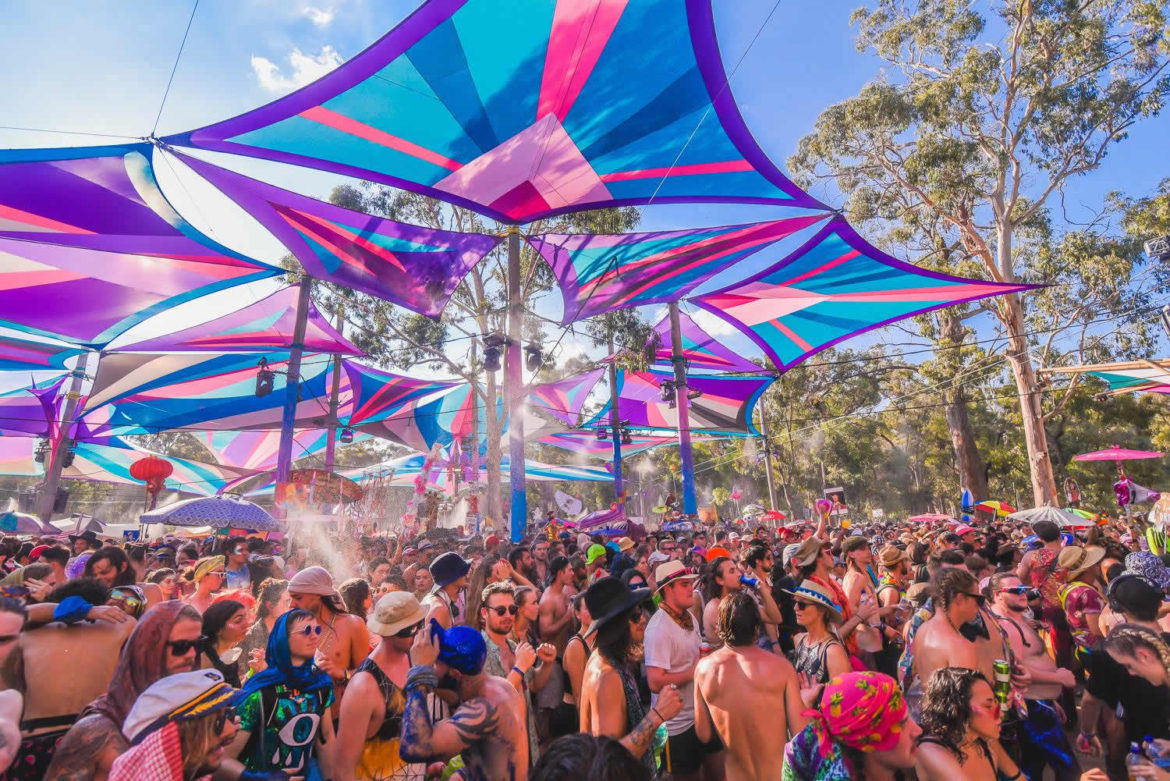 Rainbow Serpent Festival is an annual gathering of dance, art and music in the heart of western Victoria. The event welcomes 15,000 local and international visitors each year and has grown to become the best outdoor festival of its kind in the Southern Hemisphere. Taking place across the Australia Day long weekend each summer, the four-day event showcases a unique combination of electronic music, art, performance, spiritual discussion, relaxation, healing and more.

The festival takes place on the Traditional Countries of the Dja Dja Wurrung and Wadawurrung Peoples and actively acknowledges the traditional owners of the land. Rainbow Serpent Festival conducts traditional Aboriginal Ceremonies throughout the duration of the event, telling the stories and singing the songs of the Australian ancestors. There is also an Aboriginal Camp, which hosts a wide variety of traditional workshops, heritage talks, smoking ceremonies, healing sessions and more.

A Melting Pot of Musicality

Originating as a psytrance focused festival more than two decades ago, Rainbow Serpent Festival has grown to become a melting pot of musicality. Featuring more than 100 producers, bands and DJ’s across five unique stages, the festival’s musical lineup now showcases a wide variety of genres.

The Main Stage kicks off the event with a special opening ceremony and runs for 20 hours from dusk on Saturday until the late afternoon on Sunday with a wide variety of grooves and melodies. The Market Stage hosts a large range of artists from all genres and has grown to become one of the most legendary stages at the event; running nonstop from Friday afternoon to Monday afternoon. Showcasing some of Australia’s most talented producers and DJs, the Sunset Stage continuously runs throughout the event when the main stage is not active. The Playground delivers three-days of quality sounds; with a journey around the world on Friday, an all-night deep tech house party on Saturday and some serious bass on Sunday. Finally, the Temple Stage offers the perfect zone amongst the gum trees to enjoy some soothing sounds.

The Rainbow Serpent culture symbolizes respect for self, others and the land. The festival is committed to preserving the land and consistently works towards creating a cleaner and greener event each year. From the moment you step out of the door until the very last beat of the event, Rainbow Serpent Festival offers countless opportunities for visitors to play their part in reducing the environmental impact of the event.

Travelling to the event alone contributes to up to 70% of a festivals carbon footprint so Rainbow Serpent Festival consistently offers a wide variety of public transport options from door to door bus services to local shuttles and more. Throughout the festival, there are regular dancefloor cleanups, as well as opportunities to donate leftover food and supplies, composting toilets, colour coded bins and more. The Reusable Rainbow initiative has also been recently introduced, aiming to reduce waste generated by meals with reusable crockery and cups.

Rainbow Serpent Festival is held at the following location:

Rainbow Serpent Festival takes place in the western Victorian town of Lexton. The festival grounds are situated in a secluded area just under two hours west of Melbourne. Located in the Shire of Pyrenees, the festival takes place on the Traditional Countries of the Dja Dja Wurrung and Wadawurrung Peoples. The festival acknowledges and respects their ancestors and actively ensures the survival of the land for future generations.

For four days each summer, Rainbow Serpent Festival transforms the land into a playground of music and art. Visitors can enjoy five unique musical stages, as well as ‘The Village’, showcasing traditional Aboriginal ceremonies and camps and ‘The Bazaar’, a sustainable and ethical marketplace.

❓ Where is Rainbow Serpent Festival located?

Rainbow Serpent Festival takes place in the town of Lexton in Victoria, Australia. The festival is located around 160km west of the state’s capital, Melbourne.

❓ How big is Rainbow Serpent Festival?

Originating as a small gathering more than two decades ago, Rainbow Serpent Festival has grown to become one of the biggest and best events of its kind in the Southern Hemisphere. Around 15,000 local and international visitors attend the festival each year.

❓ How do I get to Rainbow Serpent Festival?

Rainbow Serpent Festival is easily accessible by car as well as public transport. If you are driving to the event, you can insert ‘Rainbow Serpent Festival’ or the address into your GPS and follow the signs towards the festival’s checkpoint. The journey takes just under two hours from Melbourne and each car must present a vehicle pass on arrival. You can also get to the festival by public transport via the V/Line regional train service. You can take the train to Beaufort Station, where a free shuttle bus is available to transfer visitors to and from the event.

The festival also offers a range of alternative transport options. There are a number of chartered coach services available from Melbourne, which must be pre-booked in advance. The service departs from Federation Square on Thursday and Friday and leaves the festival site on Sunday and Monday evening and Tuesday morning. You can also arrange direct transport services with Banana Bus Festival Transport. The Banana Bus offers suburban based pick-up and drop-off services

You can find more details on how to get to Rainbow Serpent Festival here.

Rainbow Serpent Festival takes place across four days over the Australia Day long weekend. The event begins on Friday and concludes on Monday; however, you can enter the campground from Thursday and exit as late as Tuesday.

❓ What are the facilities available at Rainbow Serpent Festival?

Rainbow Serpent Festival offers a wide variety of facilities at the festival, as well as the campgrounds. The festival offers an Environmental Walk-in Organised Camping Village, available to visitors arriving by public transport. The camping village features all regular campground facilities, as well as a communal shade structure, lockers, charging stations, free water points and more. There is also a designated Family Camping area located near the Kids Space in The Village, which features dedicated toilets and showers, family friendly communal areas and 24/7 Family Crew members.

The festival also features a luxury camping option at Sleepy Hollow. The premium experience includes bedding packages for two or four people in a bell tent. In addition to basic campground necessities, Sleepy Hollow also includes charging stations for phones and cameras, dedicated parking spaces nearby and a reception area for assistance. There is also complimentary daily fruit and water and a complimentary shower token for all Sleepy Hollow residents.